Design a site like this with WordPress.com
Get started
Skip to content
TerminallyNice sobriety, Uncategorized March 24, 2019 3 Minutes 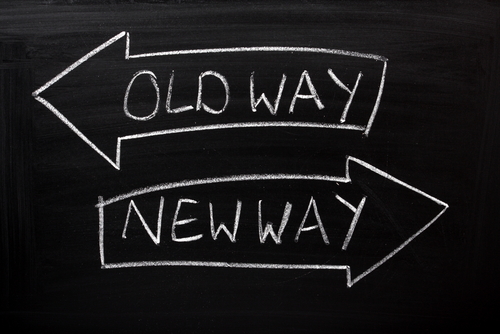 Written on day 62 of Sobriety

We thought “conditions” drove us to drink, and when we tried to correct these conditions and found that we couldn’t do so to our entire satisfaction, our drinking went out of hand and we became alcoholics.  It never occurred to us that we needed to change ourselves to meet conditions, whatever they were.

I’m currently working on my Fourth Step (“Made a searching and fearless moral inventory of oursleves”).  I’ve had As Bill Sees It sitting on the window sill of my little “meditation nest” for weeks, but I haven’t picked it up until today.  It’s as if I was meant to read it while in my current mental space.

As I went through my resentments and considered the wrongs I committed that contributed to the situation, it became crystal clear to me that I was drinking at people and problems.  This is not a profound revelation, most addicts who have engaged in solid self-reflection will come to a similar conclusion.  Yet, it’s something we each have to realize for ourselves, in our own way, and in our own time.

I bought into the media message that if you are upset you should drink to feel better.  I accepted that it’s possible to drink away your problems, stress or anxiety.  Of course, that’s a fallacy. I can’t name a single person who resolved a difficult issue by drinking, can you?

In 2012, researchers conducted a study on mice where a control group of mice was given alcohol for one month and then put in stressful situations.  Alcohol diminished their ability to respond to stress and anxiety by rewiring their brains.  This shouldn’t surprise a chronic drinker, but as we are a stubborn lot, an additional and objective data point never hurts.

Stressful situations are a part of life.  Some people won’t like us, we won’t do well on a work project, or maybe we do really well, and someone steals the credit, family members don’t act according to our expectations and so on.  We cannot change those circumstances, we can only change how we react to them.

I drank profusely “at” my (now ex-) husband who wouldn’t hold a steady job which lead to losing our home, ignored me for social media, and had several affairs.  Sure, I got to pass out and escape for a few hours, but clearly, his behavior didn’t change other than becoming (understandably) resentful towards me.

What would have happened if instead of drinking at him I adhered to boundaries and said I don’t accept your behavior?  Franky, I think we’d still be divorced but I’d feel better about myself.  It was a horrible downward spiral, I was angry and depressed so I drank and did things I regretted which made me angry and depressed.  Rinse and Repeat.  I didn’t accept the situation as it was, I kept hoping he’d become the person I wanted him to be.  By doing so, I prolonged (perhaps even enhanced) our misery unnecessarily.  I once heard Rachel Hollis say that 5 minutes of discomfort can alleviate weeks of resentment.

I’m a very giving person.  It brings me joy to be able to help people.  I’m a bit of a “Pollyanna” about people, in general, believing everyone is good and they’ll be good if you give them the opportunity.  Several years ago I decided that I didn’t want to lose this part of myself by becoming cynical because it would rob me of my happiness.  However, I’m learning that I also need to be vigilant and have boundaries because some people are predators and will take advantage of my generous nature.  I’m changing myself in recognition of the facts of the circumstances.  I am working to heed Rachel’s advice and accept that saying “no” or letting someone know I find their behavior unacceptable is much less uncomfortable than holding on to unrealistic expectations that become monumental resentments.

How are you changing yourself to meet conditions as they are?

*  I found these step worksheets from joeandcharlie.net very helpful.  If you are a Big Book reader I highly recommend this site and the recordings to help simplify some of the archaic language in the book.